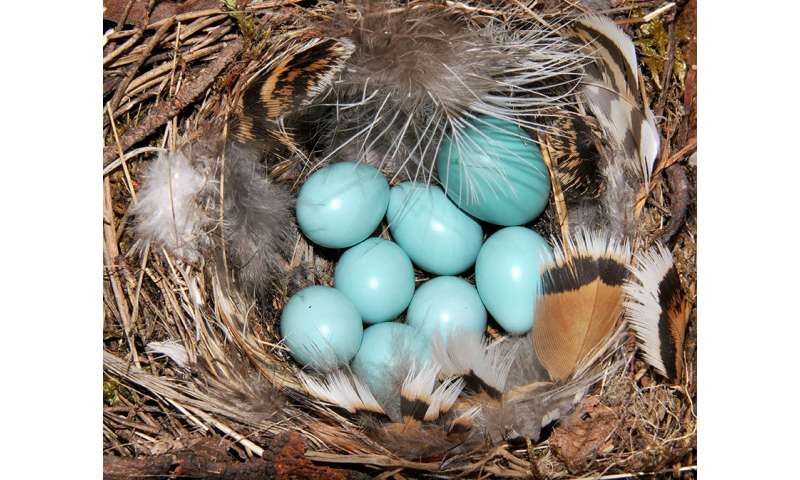 Common cuckoos and oriental cuckoos in eastern Russia appear to be expanding their breeding range into western Alaska, where songbirds are naive to the cuckoos’ wily ways, researchers report. A new study suggests the North American birds could suffer significant losses if cuckoos become established in Alaska.

Like brown-headed cowbirds, cuckoos are “brood parasites,” laying their eggs in the nests of other species, said University of Illinois animal biology professor Mark Hauber, who led the new research with Vladimir Dinets of the University of Tennessee, Knoxville. Cuckoos time their egg-laying so that their chicks will hatch first. The chicks then kick the other eggs out of the nest, “thereby eliminating the entire reproductive success of their hosts,” Hauber said.

“Brood parasitism is a rare strategy among birds. Only about 1 percent of birds engage in it,” he said. “Obligate brood parasites do it always. They never build a nest, they never incubate the eggs, they never feed their chicks. Instead, they sneak their eggs into somebody else’s nest, forcing the foster parent to take care of the young.”

“We don’t have evidence of them breeding in Alaska, but it’s likely already occurring,” Hauber said. “We wanted to know whether the potential Alaskan hosts are ready for this cuckoo invasion.”

In the new study, researchers tested whether more than a dozen Alaskan bird species had evolved defenses to counter the cuckoos’ parasitic ways. Such defenses are common among bird species that frequently encounter brood parasites elsewhere.