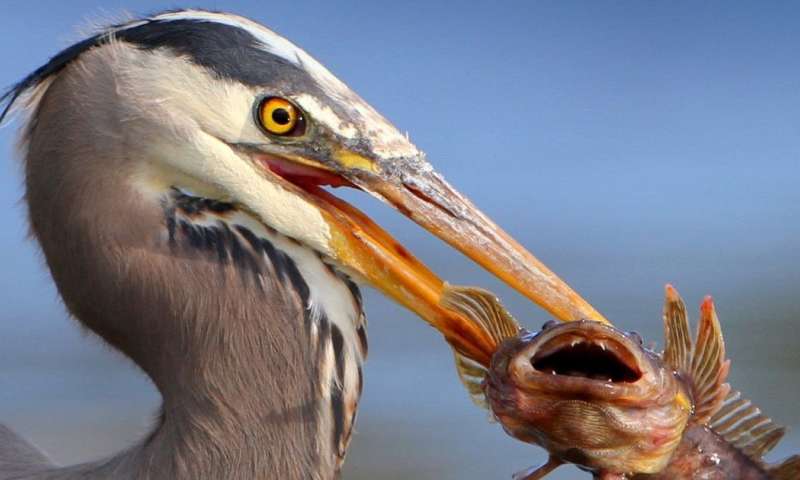 For 47 years, biologists have plucked eggs from seabird nests along the British Columbia coast. Many of the eggs were collected from remote rocky islands surrounded by some of the world’s roughest seas.

In all, they collected 537 eggs from six species, including ancient murrelets, rhinoceros auklets and double-crested cormorants. Now these eggs are revealing new information about the way mercury finds its way into the ecosystem.

The eggs of top predators, like these seabirds, are important for researchers who study chemical pollutants. We use these eggs to understand, for example, how mercury levels in seabirds have changed over time. This data helps us understand whether control measures, including international agreements, are reducing mercury levels in the global environment.

Human activities, especially the burning of coal, release mercury into the atmosphere. Mercury levels in the Pacific Ocean are now three to five times higher than they were before the industrial revolution. Our activities have released 1.5 million tonnes of mercury into the air, land and water bodies since 1850.

For wildlife —and humans — mercury is a neurotoxin. High levels in the food chain can have negative impacts on the reproductive health of seabirds, marine mammals and other carnivores that feed on seafood. For example, seabirds with heavy mercury loads are less likely to breed. Mercury also slows down the healthy growth of chicks.

Researchers had thought that the seabirds that feed on large predatory fish would have the highest levels of mercury because large fish, which are higher up the food chain, accumulate more mercury in their bodies than the small fish and invertebrates that occupy the bottom of the food chain.

Our research explained why the highest mercury levels occurred in species that ate small fish. We measured mercury levels and a collection of dietary tracers called stable isotopes in the seabird eggs. We studied nitrogen, carbon and sulphur isotopes because these chemicals tell us about the type of food the birds were eating.

We found that the seabird eggs with high mercury levels also had higher sulphate levels. It meant that these birds were eating small fish from areas that were also favoured by a specific type of bacteria.

These bacteria, called sulphate-reducing bacteria, convert mercury to methylmercury, the toxic form of mercury that can move up the food web and harm seabirds. These bacteria tend to be found in deep-water sediments.

A decline in surface-dwelling fish stocks in the Pacific Ocean has forced some seabirds to feed elsewhere where there are fewer sulphate-reducing bacteria. By changing their diet, these seabirds end up with lower mercury levels.

Monitoring programs have suggested that environmental levels of mercury are in decline, but this research suggests otherwise. Based on our results, we believe monitoring programs need to consider the structure of the food web, including where these birds are foraging.

Although this research focuses on the eggs of seabirds, it has implications for human health. The World Health Organisation has identified mercury as one of the top ten chemicals of major health concern.

Mercury pollution is a global issue since elemental mercury travels over long distance and methylmercury accumulates in the food chain, posing a serious risk to both humans and wildlife who feed on seafood.

The global scale of this issue was the key driving force for a global environmental treaty called the Minamata Convention, which enforces reductions on mercury emissions. The agreement entered into force on Aug. 16, 2017, making it the most recent international law that aims to protect humans and the environment from the threat of toxic mercury.

The current study on avian predators, which feed on marine food webs similar to those we feed on ourselves, illustrates how important it is to consider those food webs when considering the risk of mercury.

Rather than simply considering larger species high in the food chain as being riskiest, we suggest that governments also consider the role of bacteria and reduce the consumption of those fish feeding in food webs with high levels of sulphate-reducing bacteria.