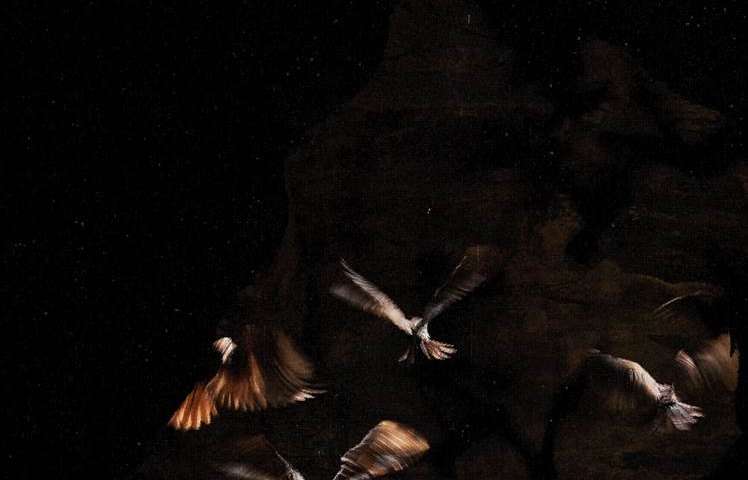 All animals use a combination of senses to survive. But where the majority typically rely on one or two especially sensitive sensory systems, the oilbird excels by apparently having keen senses all-around.

In addition to its extremely sensitive vision, the oilbird has the neural foundation for a powerful olfactory sense, bristles by the beak for tactile sensation, and a powerful echolocation sense, normally found in bats and cetaceans.

“This complex sensory apparatus, where the animal has the ability to combine input from so many well-developed senses, is interesting to study,” says Signe Brinkløv of the Sound, Communication and Behaviour Group at the Department of Biology, University of Southern Denmark.

As a biologist, she is interested in understanding how the oilbird uses its senses to achieve the best possible conditions in its natural surroundings. From a more applied perspective, she wants to apply knowledge of animal sensory systems in new engineering.

“We have come a long way towards understanding individual senses. But senses complement each other, and the balance between different sensory inputs affects the behaviour of the animal when tackling various challenges—this becomes a very complex field of study, which is difficult to transfer from laboratory to natural conditions. If we can learn more about it, perhaps we can transfer the knowledge to technological developments,” she says.

An example is the interaction between vision and the sense of hearing, which the animal uses when it echolocates. With echolocation, the animal emits sounds that are returned as echoes from the surroundings and enables it to judge the distance to surroundings or distinguish between food items and other features.

“Today, drones are often controlled manually by a drone operator who is dependent on the video footage from the drone and thus the sense of sight in order to control it. But it quickly becomes difficult to navigate with such a system in darkness or when visibility is poor. If you could combine the sense of sight and echolocation on a drone to navigate based on input from both systems, then more opportunities open up. For instance, it could fly safely and perhaps autonomously in the dark or in between trees in a forest,” says Signe Brinkløv.

Signe Brinkløv and her colleagues have studied the echolocation of oilbirds in Trinidad. Oilbirds are nocturnal and live in caves in groups of up to several thousand individuals. At night, they leave the cave to find food. Their ability to echolocate enables them to navigate to and from their nests without bumping into the rocky walls of the cave, even in pitch black darkness.

The researchers hope that with further study of the interaction between oilbird vision and echolocation, they can develop a model that can be applied by sensory researchers and robotics engineers.

The study was published in Royal Society Open Science. It is based on sound recordings of echolocating cave-dwelling oilbirds at Asa Wright Nature Centre, Trinidad. The authors are Signe Brinkløv, Coen Elemans and John Ratcliffe.

Signe Brinkløv is a biologist at Department of Biology. Apart from birds, she also studies porpoise and bat communication. The oilbird (Steatornis caripensis) got its name because just before leaving the nest, the fledglings become so fat that their weight exceeds that of the adults. Just like whales, oilbirds have been used in the past for extraction of oil. Oilbirds also produce other sounds than their echolocation signals, which has led to several Spanish nicknames, including Guácharo and Diablotin (little devil), reflecting ghostly sounding calls which led the local Indians to compare the entrance to the birds’ caves with that to the land of the dead.